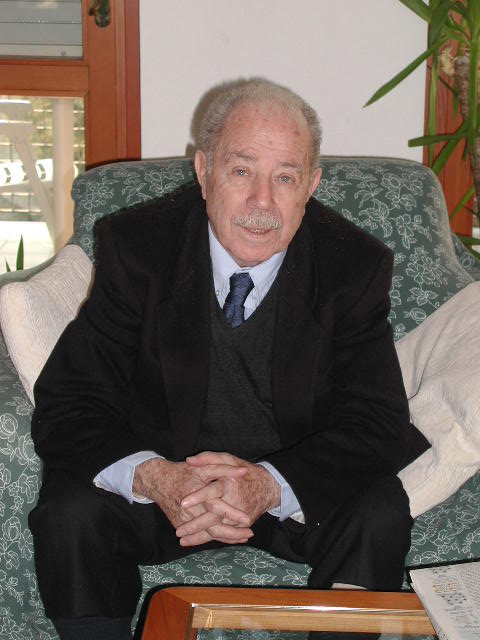 Gino Votano was born in Reggio Calabria on 27 May 1924. Historian and social and cultural animator. Popular judge and trade unionist. He founded and animated several cultural associations in the area. He was part of the group of Reggio intellectuals Gaetano Sardiello, Armando Dito, Nicola Giunta and Cosimo Zaccone who animated the socio-political and cultural debate immediately after the war. From Giunta came his love of the Reggina language and popular humour; he had been involved in theatre since he was an adolescent, collaborating with the group near the church of San Giovanni Battista, where in a garage the masks of variety shows such as Ciccio Formaggio were performed. From the others he got the idea for Commonwealth. He only went to school after picking grass in the fields between Zarmà and Spaccatrona and later studied the place names, after long discussions with his teacher on the need for education, and finally graduated from the University of Messina with a thesis on the "Psychology of Memory", from which he set out to go beyond Jung to recover the idea of memory as the history of the plebs. He was part of the historical school of Reggio Calabria, when in the mid-1950s he met Sacha (Rosario) Villari, who had returned to Calabria from his experience at the "Politecnico", "Il Ponte", "Movimento operaio" and "Quaderni di cultura e storia sociale". It was an assiduous frequentation with trips to the Aspromonte in Vespa 50 to pursue the passion for a southern revolution, modulated by long readings and conversations with Hobshawm, but by the frequentation and the rhythms of language and tradition, the reasoning of the laborers. Those were the years when Sacha was editor of 'Cronache meridionali'. Sacha and Gino went around the countryside talking to peasants, farmhands, sharecroppers and colonists about the rebirth of the Southern plebs. Later on, together with Gaetano Cingari and Serafino Cambareri, he reinforced his idea of the education of the subordinate masses as the principle of the redemption of Southern Italy. From his studies on the masses and associations he derived his idea of the history of the people first through the impulse of Vico and his historical cycles and then with the thesis of the state based on Locke's Commonwealth, picking up the hostile idea of the parasitic tyranny described by Alfieri. An international third-worldist political commitment followed, he intervened in favour of peace in Vietnam, the battle for women's education again in the countryside this time together with Monsignor Zoccali, the battle for popular and peasant education together with Franco Zannino, Francesco Costantino, Rocco Minasi and Francesco Papa. The result was research into micro-history, local history and the history of the people and associations as a coagulating element of freedom and community aggregation. He has written several essays, notes and diaries, some of which are in the process of being published.

1. The erased history returns in the brushstrokes of Brugel

In 1984 with "History of Arches" he makes an extensive demonstration of the history of the peoples and plebs. The pain whose Memory has been erased by the understanding of power lives again in the brushstrokes of a great artist. The People protagonist of History. Already on the cover retrieves the memory of Brugel that in 1562 on a visit to Reggio paints "The Triumph of Death" (Prado Museum, Madrid), the people of Reggio defenseless vienemassacrato by pirate raids. "You can live a whole life in a territory and love everyday things, then you discover that these have a longer and more noble history than you ever imagined. Then to the daily life are added the suggestions of History and Myth, of extraordinary events like the clash between Islam and Christianity and painful ones like the earthquake". For a territory like Archi, these reconstructions of micro-history are also a civil reference for those young people who look at the land where they live as a district of decay, ruin and death. It is also an inheritance, a world that disappeared with its rhythms and traditions, disappeared also because it was violated, swept away by the construction of the Cep without anyone having ever thought about the civil aspects of integration and the preservation of the identity of the territory, which in some way could be revived in schools and in the namesake, if we want to re-evaluate its history, erased by cataclysms, ruins and violence, too often gratuitous.

2. History as Memory of the People

Leaves an immense archive of research, studies and analysis. Beginning in the mid-eighties, he published pamphlets. He resumes the analyses of Calabrian scholars such as Vincenzo Padula, Domenico Mauro and Gregorio Provenzano in "Il Popolo calabrese" (1984). He studies the terms and the ways of life of the Calabrian rural classes, he subtracts the linguistic violence, "the term tamarro is an insult, but in this word, as in others that indicate the Calabrian rural classes, are hidden the blood, the fatigue and the pride of a people that has fought the malaria and the incursions of the pirates. Peasants tied to their earth, so much daripudiare the urban classes, up to give the hunting to the giacobini, contadiniche have made the fortune of their barons, landowners, the Gnuri, but that for the earth they have lost the own life". It reconstructs latradizione craftsmanship: "Master stonemasons and carvers, artigianiche have domesticated the green stone of Calabria, lavoratrici tessiliche have produced cloths and dresses ricercatissimi even by D'Annunzio". And then recalls the spirit of association against the overbearingness of the wealthy and parasitic classes, "A bourgeoisie and a clergy, cuigalantomini, canons and abbots, have developed the spirit of association in brotherhoods, lodges and sales, propagating liberal ideas in full absolutism, risking prison and the gallows.

3.Microhistory and the servitude of ignorance

In 1988, with "Associations and Political Parties in Calabria", he overturns another commonplace view of Southern Italy: "Calabria is accused of never having modern political instruments and for this reason it has paid the price in terms of economic and social growth". And it raises the suppressed values of an entire people, "the Calabrian elites have been able to organize themselves in associations and movements of democratic type. Calabrian elites have been able to organize themselves in democratic associations and movements. culturally prepared elites, which have paid in terms of regional modernization, sometimes too much, some amnesia in terms of dialogue with the masses. the Calabrian people, which has been anchored to a type of economy disussistenza, subordinate to a social system of interrelations medieval, has failed to produce significant contributions to the growth and development of the region. He explains the ignorance of the historical cycles of the peasants and the plebs of the South and the fracture that has provoked criminal drifts, "This explains the Jacobin hunt that has become the nightmare of the regional intelligentsia. This explains the masterly drift that the elites have assumed, forgetting the need to cooperate in the creation of a political system of social and economic growth. Master's drift that has often produced cancerous phenomena, both underworld and common corruption".

4. History is also an analysis of the disappointments, joys and expectations of the People

In 1992 he publishes, more than anything else he distributes in the neighborhood, to his people, the booklet "Political parties, elites and masses in Calabria". And here referring to the Spanish historian Ortega Y Gasset, defines his thought "History is not only an analysis of the events that determine our lives, but also the behavior, disappointments, joys and expectations of the people. History is that thread that unites us in the sign of our lives, stories that mark the ages in its tastes and its achievements. The advent of the masses brings new protagonists to the screen of History. The masses become protagonists in the squares, with their consumption, with their productivity. Yet, this heritage is not collected by the Calabrian ruling classes at the beginning of the century. It almost seems that there has been a form of political timidity that has blocked the work of radical leaders such as Fera and Colosimo, representatives of the largest party in Calabria at the beginning of the century. There was no change in the Calabrian political class, which underestimated the proposals of the avant-garde on the one hand, and the weight of the peasant question on the other. A gap that has been translated into the lack of modernization of a region, cuileaders often do not seek the thread of regional identity, sitting supine in the camarillas of power.

5. The history of families and communities

In 1999, another thorough and complete research of testimonies and researches was carried out, especially at the State and Language Archives, in the footsteps of Gerhard Rohlfs. On the escort of the notes of monsignoreD'Afflitto reconstructs the division of the seicentesche districts and withle platee arcivescovili and the notarial acts of the Plutino conte anchequelle settecentesche and ottocentesche. The book "La toponomasticastorica of Archi", a book that recovers and relaunches the history of the families as protagonists of their territory reconstructing the socio-economic activities from the cultivation of mulberry trees to the sale of silk, from silkworm breeding to livestock upall'agrumicoltura. "This book stands in defense of the memory of this land, so that facts and historical figures can be transformed into moments of growth and civic consciousness. An accurate work direcupero of the memory of the place, despite the mutilation memoriacollettiva caused by continuous disasters seismic".